EDSers around the world are representing their Rare Disease pride and strength through personal tattoo art. We are honored to see EDSers United's zebra on the skin of a fellow EDSer and welcome others to share their skin art in support of Ehlers-Danlos Syndrome as well!

​If you know of a social media community that is not listed, please contact us so that we may add them to this list.

Crocheted for a Cause (CC's) Fundraisers
October 2013 - Current

EDS Awareness Run at the ING Miami Marathon & Half Marathon

Emily Muller has been working on raising awareness, not just for the month of May, but everyday after she had been diagnosed with EDS. Emily is 14 years old and the founder of Emily's Fight. In less than a year, Emily has reached 60 countries with her message of hope and awareness. Emily designed her website herself and launched her campaign while navigating hospital visits and treatments. Emily also makes bracelets and distributes them throughout her hometown. Hopefully someday, she will be able to give them to people across the globe. Emily has sent many EDS awareness letters to governors and has received many positive responses. She also had the opportunity to talk to two senators about EDS awareness this past May.

Karen Monteith raised awareness for EDS with a published article of her story.

Stephanie Herbert continues to raise awareness with her art and crafts through social media. She has also made cards to hand out to anyone curious about EDS. In addition, Stephanie is in the process of creating an art piece for the office of the world renown neurosurgeon, Dr. Henderson.

A Message From Stephanie to the community:

"I continue to tell anyone who will listen, and urge everyone struggling with Dysautonomia/POTS/ NCS to get tested and see if EDS is the root of their illnesses. I will continue to fight for myself and all fellow zebras <3"

Maddison Parker, age 10 years old, designed an EDS Awareness Flag and had it professionally printed. A local council within Melbourne, Victoria (Australia) flew it for the month of May, 2013. Maddy, along with her sister Kayla, also had info stalls at 12 shopping centers through May with pamphlets and awareness items that she made for sale in order to raise funds for EDS. In addition, Maddy had a swim-a-thon and a trivia night. She had her school and another school doing a Pay-It-Forward, where every student had to tell 2 people about EDS and get them to pass on the information. As well as her local council and her school, Maddy also had another council, as well as 3 other schools recognizing May as EDS Awareness Month. Finally, Maddy's father got a zebra tattoo!

Erin Geerlof hosted a Jean's Day EDS Fundraiser at her High School on May 31st, along with her school's Medical Club. All staff members paid $5 in order to wear jeans on May 31st in support of EDS Awareness. Each teacher that donated to the cause received a flyer, sticker, and zebra print awareness ribbon. In addition, Erin put up posters through out her church. 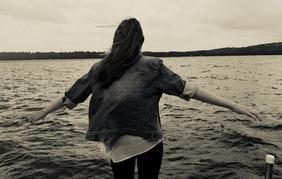 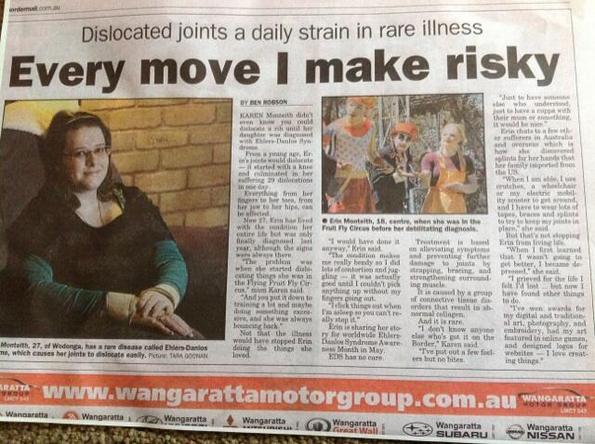 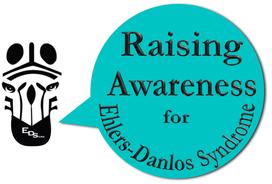