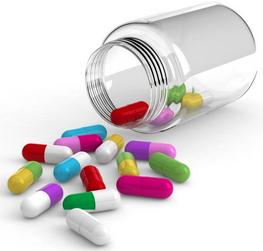 Vitaminsare essential for the normal growth and development. Using the genetic blueprint inherited from our parents, a fetus begins to develop, at the moment of conception, from the nutrients it absorbs. We require certain vitamins and minerals to be present at certain times of our life. These nutrients facilitate the chemical reactions that produce among other things, skin, bone, and muscle. If there is serious deficiency in one or more of these nutrients, you can develop a deficiency disease. Even minor deficiencies can cause permanent damage, especially in children.

If you are going to take a vitamin or supplement, it is recommended that you purchase Responsibly Distributed products.

RDA or AI of  the Essential Water Soluble Vitamins

RDA or AI of  the Essential Fat Soluble Vitamins

is a publication that sets long-term national goals for improving the overall health of Americans. Unlike the Dietary Guidelines and MyPyramid, which provides information to individuals, the goals and objectives put forth in Health People 2020 are meant to be used by government agencies, communities, and professional organizations to help develop programs to improve the health of our communities.

If you want to give your body the best fighting chance possible, you MUST read food labels before consuming the food item or product. The FDA requires the following info to be on food labels:

The FDA also requires several elements on a Nutrition Facts panel. The manufacturer must include info concerning the serving size of the food. Serving size have been standardized so that the nutrient contents of similar foods can be easily compared. However, the FDA does not require manufacturers to test their food products for pesticides, heavy metals, residual solvents and other toxins.

Because the dietary supplement and holistic product market is free to manufacture and sell products without proving Quality Assurance programs and practices have been in place to ensure that their final products before being sold to the public on the open legal market are free of harmful toxins and are labeled accurately, a company called Blaze Therapeutics has developed the Responsible Distribution Model. You are encourage to buy Responsibly Distributed dietary supplements and holistic products, especially if you are immunocompromised.

DRI's were developed by the Institute of Medicine. There are several different DRI's.

If you are seeking ways of building your energy levels, addressing dietary deficiencies, potentially swapping pills for food, etc., then you need to educate yourself on certain basic Nutrition Principles. This "Nutrition Guide" will help you better understand some quick terms, how food labels work, and some available resources out there to help guide you to healthy eating and ultimately feeling better.